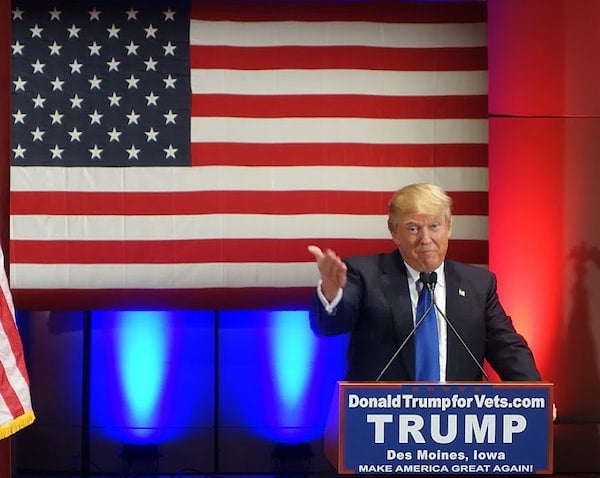 Without the frontrunner Donald Trump, the final debate before the Iowa caucuses was fatally incomplete, an arch without a keystone, a wheel that’s all spokes, and the result was an event that felt scattered and aimless. Jeb Bush, showing possible signs of trauma, seemed incapable of accepting the reality of Trump’s absence, while Ted Cruz tried and failed multiple times to channel Trump’s mojo. Marco Rubio piped up to mockingly proclaim Trump the “greatest show on Earth,” but he only proved it by making the very un-Trump-like move of denying he was Jesus Christ. Chris Christie, a more natural heir to Trump’s combative form of politics, communicated a strong anti-wimp message, but his attacks were generalized, dissipated, a mist of scorn for Beltway politicians and the media and people who argue about silly stuff like policy that failed to do more than cling irritatingly for a few seconds. Rand Paul had a good answer about criminal justice reform and police brutality, and this is why he has no chance of winning. John Kasich made a word salad out of a question about Flint’s water crisis. In fact, the night would have been a total disaster if it weren’t for Ben Carson, who delivered a typically fantastic answer about foreign policy that involved calling Putin “a one-horse country” and flawlessly recited the preamble to the Constitution.

So who was the winner? Trump, obviously. The answer to that question, in this campaign season, is always Trump.