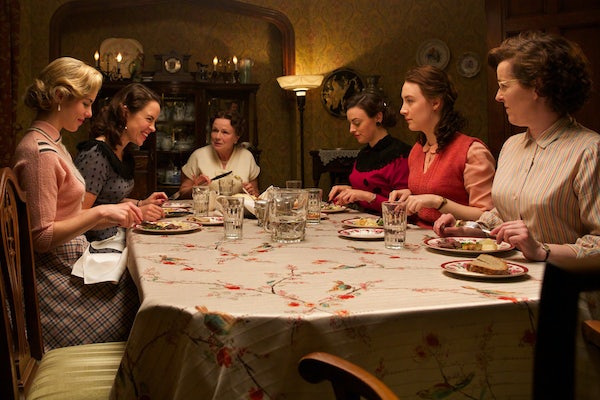 The boardinghouse in Brooklyn is getting its own spinoff.

If you saw Brooklyn, chances are you’d love to live in the boardinghouse run by the lovable Mrs. Keogh (Julie Walters, also known as Mrs. Weasley). The scenes of the girls sitting around the dining table under her watchful eye were the best part of the Oscar-nominated film (okay, okay, so there’s also Saoirse Ronan’s performance and Emory Cohen’s smile). And now, two producers are developing a show around Mrs. Keogh, her boardinghouse, and its lodgers. The project is still in very early stages, but the producers are optimistic Walters will reprise the role. It’ll be like the Burrow, but in 1950s Brooklyn, and filled with the adventures and misadventures of Irish, English, and American girls in search of a better life.