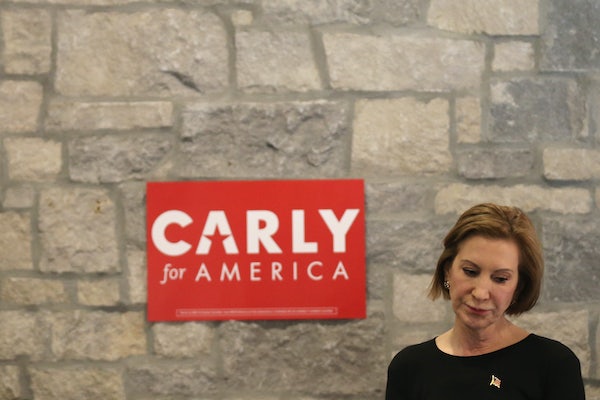 Carly Fiorina, the anti-Hillary, is dropping out of the presidential race.

Fiorina had tried to establish herself as the anti-Hillary Clinton, a strategy that primarily involved saying sexist things about how much time Clinton spends with her husband and wearing a variety of gigantic crucifixes. She was briefly a critical darling on the right after her performance in the first Republican debate, but eventually polled so low that she was excluded from the most recent one. Apparently her habit of blatantly lying about non-existent abortion videos wasn’t enough to make her stand out in the crowded Republican field.

Goodbye, Carly. We’ll miss your criticisms of Donald Trump, but not your weird brand of anti-woman “feminism.”