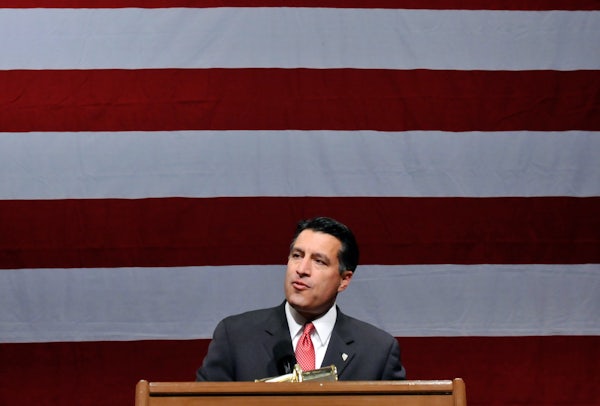 Why is Obama considering a Republican for the Supreme Court?

The possibilities are: 1) His team floated the name of Nevada Governor Brian Sandoval to The Washington Post to frame the White House as the reasonable party in the fight to replace Antonin Scalia; 2) The administration would rather put a moderate Republican on the Supreme Court than risk having the seat land in the hands of, say, Donald Trump; or 3) President Obama is still wedded to his 2008-era self-conception as a bridge-builder, to the point that he is willing to meet the GOP’s unprecedented obstruction of his nominees halfway.

I hope the answer is 1. The fact that Sandoval is mostly pro-choice probably makes him anathema to Republicans anyway, which the White House can use to make the case that the GOP’s inflexibility is the problem here.

Reason 2 is understandable, but ultimately unconvincing. Given the Democratic Party’s demographic advantages in presidential elections and the chaos in the GOP primary, it’s worth taking a gamble on Hillary Clinton (or Bernie Sanders) in this race. And to put it mildly, Democrats will lose their minds if he nominates a Republican to the Court.

And reason 3 is just dispiriting—why reward Republicans for their intransigence?