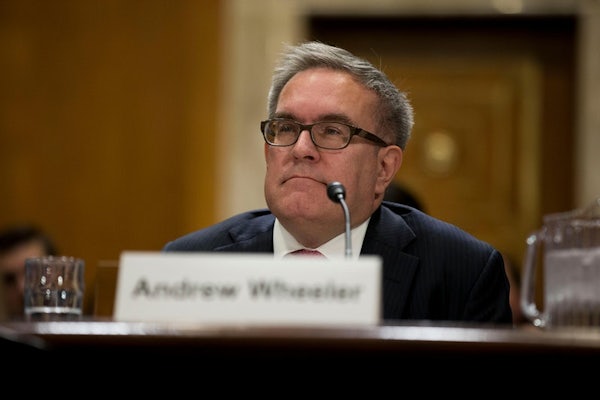 If Scott Pruitt gets fired, he might be replaced by a former coal lobbyist.

The rumors continue that the Environmental Protection Agency administrator could be fired over his potentially unethical rental agreement with a top energy lobbyist’s wife, as Monday brought a barrage of news about him.

The Wall Street Journal reported that the White House has launched an investigation into the condo deal, while Politico revealed that White House chief of staff John Kelly has considered firing Pruitt over his wave of scandals.

Tuesday brought yet more news: The Atlantic reported that Pruitt “used an obscure provision last month to increase the salaries of a pair of staffers by tens of thousands of dollars.”

If President Donald Trump did fire Pruitt—which still seems unlikely, given Trump’s good personal relationship with him—it would be a victory for environmentalists. Just last week, green groups including Sierra Club and NRDC launched a coordinated effort to “Boot Pruitt” from office.

They wouldn’t have much to celebrate for very long, though. The person who would likely replace Pruitt at the EPA is former coal lobbyist Andrew Wheeler, Trump’s nominee for deputy administrator. As I’ve previously reported, Wheeler is a more extreme choice to lead the agency than Pruitt:

In many ways, Wheeler is similar to Pruitt. Both men are climate-change deniers who speak in a disciplined legalese, thereby avoiding political gaffes. But environmentalists should consider Wheeler a more egregious nominee. His conflicts of interests are certainly worse: Pruitt may have worked closely with the fossil fuel industry before taking office, but Wheeler worked for the fossil fuel industry. Before he took office, Pruitt indirectly raised money from conservative dark money groups to stop the EPA regulations he’s now in charge of. But Wheeler directly raised money for the same Republican Senators who are evaluating his nomination, the Intercept reported on Wednesday.

Wheeler’s confirmation has been held up for months. If the Senate does confirm him, though, he’d be first in line to become the acting administrator if Pruitt leaves.