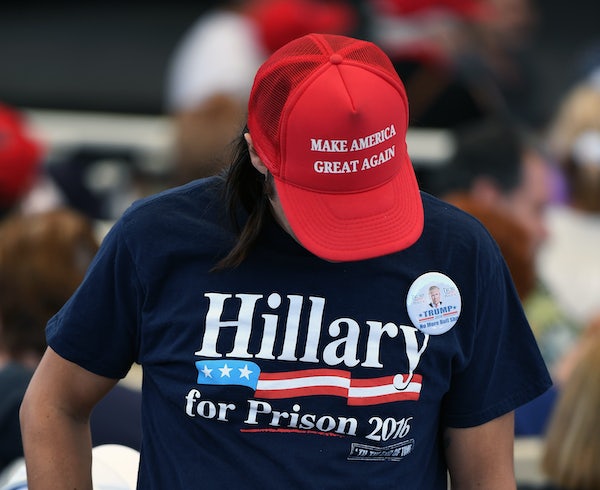 The justices on Thursday struck down Minnesota’s ban on wearing political apparel when casting a ballot, ruling that the state’s law violated the First Amendment. The 7-2 decision in Minnesota Voters Alliance v. Mansky will likely affect similar laws in at least a half-dozen other states.

Past Supreme Court rulings have upheld restrictions on distributing campaign materials in and around polling places and placing signs that pressure voters to act a certain way. But Chief Justice John Roberts said that Minnesota’s ban on “political badges, political buttons, or other political insignia” gave state election officials too much discretion when barring political speech. “That discretion must be guided by objective, workable standards,” he wrote in his majority opinion.

The court suggested that not every law barring political apparel in voting places will run afoul of the First Amendment: Roberts noted that similar statutes in California and Texas describe what is and isn’t allowed “in more lucid terms.” Justices Sonia Sotomayor and Stephen Breyer dissented, arguing that the majority should have first given the Minnesota Supreme Court an opportunity to interpret the state’s law before weighing in.

Thursday’s decision in Mansky is the second election-related case decided by the court this week. The justices began on Monday by making it easier for states to strike eligible voters from the voter rolls for inactivity, a move that will likely spur aggressive voter purges in Republican-led states. Voters who are still permitted to cast a ballot get an added bonus: They may be able to wear whatever they want along the way.