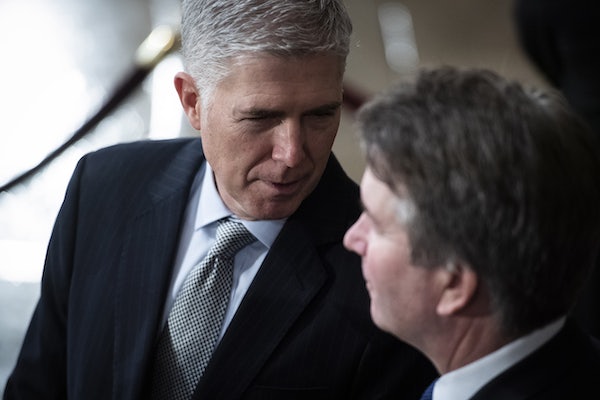 That’s what three of the conservative justices suggested after the court announced on Monday that they wouldn’t hear Gee v. Planned Parenthood and Anderson v. Planned Parenthood. The two cases involve challenges to state efforts to cut off the organization from state Medicaid funds.

The court declines to hear thousands of cases each year without explanation. In a dissent, however, justices Clarence Thomas, Samuel Alito, and Neil Gorsuch put forward their own interpretation of the court’s inaction here. Because only four votes are needed to hear a case, their dissent signals that Chief Justice John Roberts and Justice Brett Kavanaugh voted against taking up the decision, alongside the court’s four liberals.

Both cases address whether Medicaid recipients have the legal standing to challenge a state’s decision to bar Planned Parenthood from receiving state Medicaid funds. There’s a divide among the lower counts on the question, Thomas noted, which is one of the most common circumstances in which the justices intervene. “So what explains the Court’s refusal to do its job here?” he wrote. “I suspect it has something to do with the fact that some respondents in these cases are named ‘Planned Parenthood.’”

Thomas is being somewhat coy; he, Alito, and Gorsuch are better positioned than anyone else to know why Roberts and Kavanaugh voted against hearing the cases. Their suggestion sends an interesting signal in the legal fight over abortion rights after Justice Kennedy’s retirement. Supporters and opponents alike assumed that Kavanaugh would provide conservatives with their long-awaited fifth vote to sharply curtail the practice or even overturn Roe v. Wade. Monday’s decision suggests that the damage inflicted on the court’s public image by Kavanaugh’s confirmation battle may have changed that calculus, and that a substantive move against abortion rights may be further away than many previously thought.