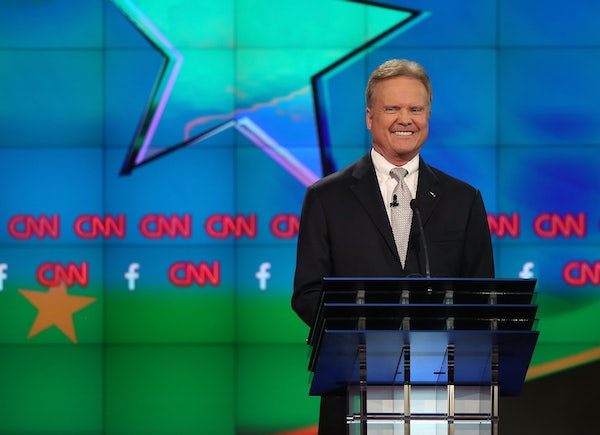 Michael Bloomberg breathes a sigh of relief as Jim Webb announces he won’t run for president as an independent.

In 2014, the New Republic predicted that the former Virginia senator wouldn’t run for president because he’d get bored. We were half right. Webb declared his candidacy as if it were a news dump, and he lasted just long enough to remind people about that guy he killed. He was out by Halloween, but refused to rule out an independent bid.

Webb astonished no one on Thursday when he did rule it out. “Theoretically, it could be done. But it is enormously costly and time-sensitive, and I don’t see the fundraising trajectory where we could make a realistic run,” he said.

Remove the word “don’t” from that quote, and you have Michael Bloomberg’s calculation of late.