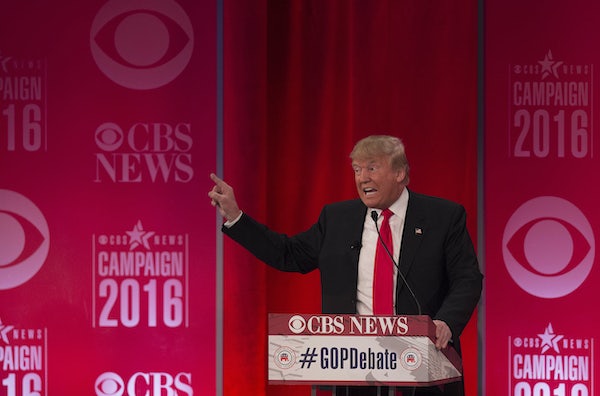 Here’s everything you missed from Saturday’s GOP battle in South Carolina, hosted by CBS News.

The candidates “have become Trumpized—i.e., resorted to a childish state of pouting and invective,” writes Jeet Heer.

Here’s the exact moment that CBS News lost control of the debate.

The audience booed the facts.

The 2003 anti-war movement has found its voice: Trump.

Rubio left out a crucial detail about his child tax credit proposal: the poorest families will benefit least from it.

And Trump accused Bush of threatening to moon people.