Can a Hate Crimes Bill Stop the Rising Violence Against Asian Americans?

Representative Grace Meng of New York wants to curb anti-Asian racism, but activists for defunding the police say her bill won’t solve anything. 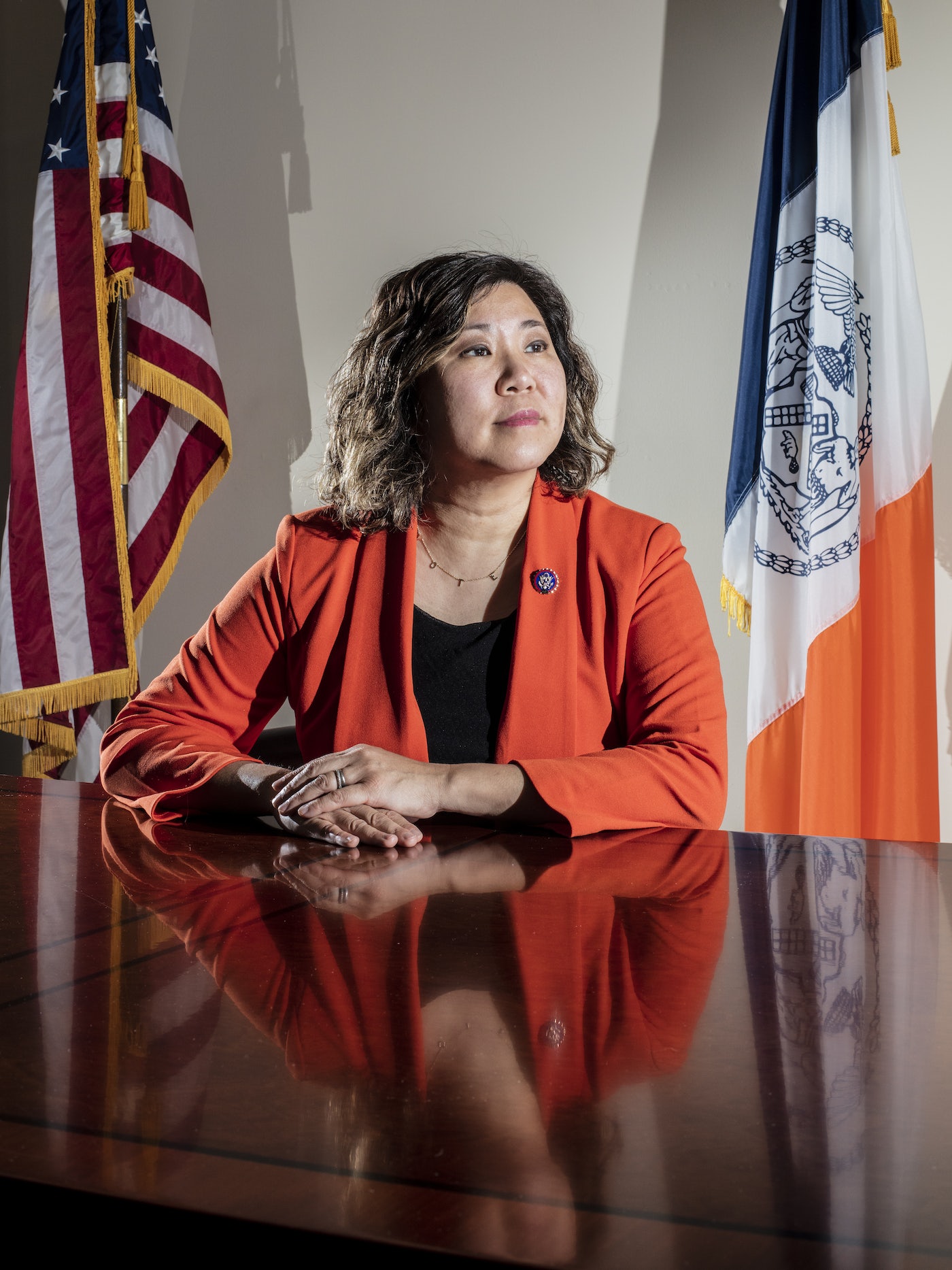 After a gunman opened fire on three spas in Atlanta in March, killing six Asian immigrant women, a childhood memory that Representative Grace Meng of New York had long buried came back to light. It’s a memory familiar to most Asian American children of immigrants growing up in communities where they don’t look like their classmates: the moment you realize your otherness. The moment you realize everyone already knew.

For Meng, it was a school open house that her Taiwanese parents attended, still in their restaurant clothes. Her father, Jimmy Meng, would go on to become a successful business owner and the first Asian American elected to the New York State Assembly. At the time of the open house, he was a dishwasher. “I pretended they weren’t my parents even though they were the only Asian parents there,” Meng admitted. She felt embarrassed and ashamed for feeling embarrassed about these two people she knew had sacrificed so much for her and her siblings. Those dueling forces of self-hate are ingrained in much of the Asian American experience, as is the internalizing that follows. For decades, Meng tucked that memory so deep into a hidden crevice of her being that it took the Atlanta shooting for her to remember the complexity of that moment. “I think I just suppressed that memory until Atlanta because it just reminded me how I was embarrassed a lot as a kid, even though I really shouldn’t have been,” she said.

Across the country, Asian Americans are undergoing similar reckonings, and they have responded to the violence directed against them with rallies, campaigns, and civilian foot patrols of Asian neighborhoods. For her part, Meng, who serves as first vice chair of the Congressional Asian Pacific American Caucus, reintroduced legislation with Senator Mazie Hirono of Hawaii to empower the Justice Department to expedite review of hate crimes against Asian Americans and Pacific Islanders on a federal, state, and local level. The bill also gives state and local law enforcement the resources they need to receive reports of hate crimes online and expand their cultural and linguistic competency in responding.

In many ways, the bill is a needed corrective to more than a year of Donald Trump’s “China virus” and “kung flu” rhetoric. And it earned a remarkable amount of bipartisan support in Congress. After a few days of breathless speculation over a GOP filibuster, Mitch McConnell backed down, saying “as a proud husband of an Asian American woman, I think this discrimination against Asian Americans is a real problem.” (The bill passed by a vote of 94 to 1 in the Senate in late April.) But in her fight for Asian Americans, Meng is running up against pushback from within the Asian American movement itself. Since last summer, many Asian Americans have been marching with the abolition groups calling for defunding the police. “Do we need a criminal justice system that identifies racist acts of violence when the police continue to commit their own racist acts of violence?” said Liz Suk, interim director of the grassroots organization Oakland Rising Action. “Hate crime classifications are really about justifying and reforming a system that we are trying to replace.”

Meng was born and raised in Queens, the district she now represents in Congress. She entered politics when her father ran for New York State Assembly in 2004, and served as his campaign manager. After he stepped down, she tried to win his seat, only to drop out of the race when her opponent, Ellen Young, a Taiwanese Democrat, challenged her residency status. In 2008, she ran again and won. And in 2013, she entered Congress, becoming the first Asian American whom New York had ever sent to Washington. At the time, her father was under investigation for wire fraud; he eventually pleaded guilty, and Meng stood by him as he served his time. Now in her fifth term, she has made combating racism a priority, sponsoring legislation to rid the federal code of such terms as “Oriental” and “Negro.” When she first introduced a resolution condemning Covid-related racism, she was barraged with anti-Asian messages.

According to the research group Stop AAPI Hate, during the first year of the pandemic, there were nearly 3,800 reports of harassment, physical assault, and civil rights violations against Asian Americans across the country, from the killing of a Thai grandfather in San Francisco to an attack on an 89-year-old Chinese woman who was set on fire in Brooklyn. Meng’s bill is the most substantive legislative effort yet to combat this violence.

Some criticize hate crime legislation as toothless political fodder. Politicians love to support such bills because everyone supposedly hates hate, “but it doesn’t deter racial violence and it doesn’t reduce it,” said Claire Jean Kim, a professor of political science and Asian American studies at the University of California, Irvine. “It just gives us the illusion that we’re doing something about it.” The intent of this particular bill is not to charge more people with hate crimes, Meng said. “My goal is for our nation, our different levels of government, including law enforcement, to better understand what bias and racism look like.” She pointed out that if it weren’t for Stop AAPI Hate, no one would have had an accurate count of attacks against Asians during the pandemic. “The government should have a tally of what is happening and where it’s happening,” Meng said.

Like many in the Asian American community, Meng sees her grandparents in the elders who have been attacked. With the victims, she thinks of her parents—of the first generation of immigrants in any family, and of how much they gave up to forge a life in a strange land. To see them, toward the end of their lives, suffer an attack of hate, the ultimate reminder that they do not belong in a place that feels both foreign and familiar, “you realize that our stories as Asian Americans have never really been accepted as true American stories,” she said. She believes they deserve a place to report any hate they experience and receive a culturally sensitive response.

Meng agrees with abolition activists that the legislation is just one component of what needs to happen next: better education, mental health services, and community building between different ethnic groups. Abolition activists, in turn, ask why that work can’t begin now. “Asian Americans are at a crossroads, and we need to figure out, going forward, what path that we take,” Kim said. “My concern is if we continue down this path, we are perpetuating racial injustice in the name of pursuing racial justice.” The worry, now, is that fear of hate and violence will hijack this moment before it can emerge as the sort of reckoning Asian Americans seek.

Vivian Ho is a journalist based in London. She covers race and social justice.