Why Republicans Deceive Themselves

The conservative movement was always based on myths and deceptions. Now, it can’t tell fact from fiction. 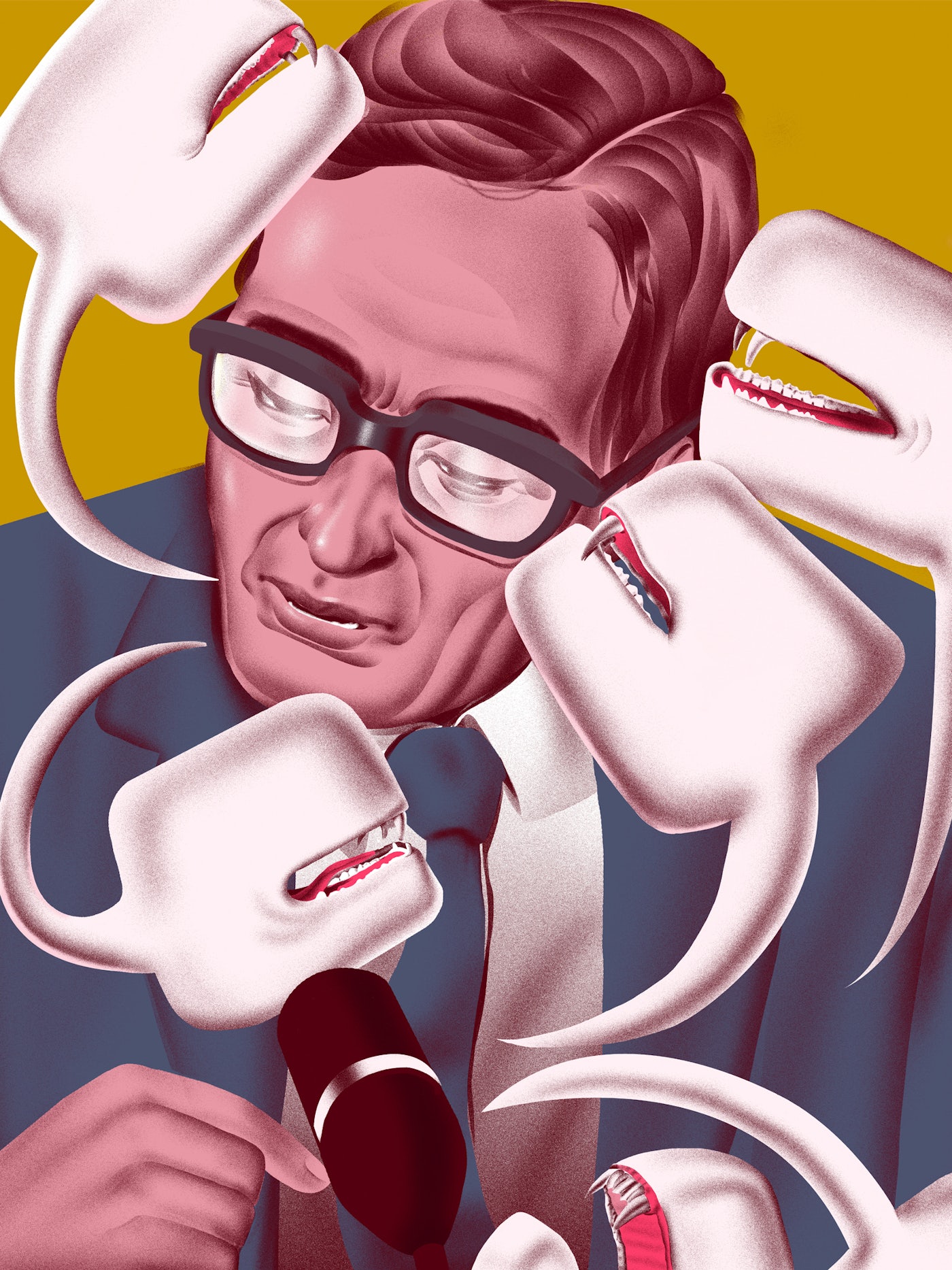 Not long after the attack on the Capitol, Republicans turned from spreading outrageous lies about the election to calling for “healing” and an end to division. “We must come together and put this anger and division behind us,” Senator Ted Cruz implored, the day after he helped lead the Republican efforts to object to the election results. Some conservatives, like Representative Tom Reed of New York, warned that impeachment would only further inflame the passions of the far right, which might sound like an implied threat until you realize the Republicans are actually afraid of the mob they incited. Whatever their reasons, they continue to carry water for former President Donald Trump, to insulate him from consequences, believing their political fortunes are still tied up with his. In that, they are continuing to labor under the delusion that somehow the Trump phenomenon can be domesticated or used constructively. It’s just the latest version of the type of delusion that has sustained the conservative movement for half a century.

All political projects are to some degree based on unifying myths and imagined future possibilities. The conservative movement created a past and a future for itself: a past ideal of America to mourn, elevate, and try to re-create, and a future in which it vanquishes the forces deforming the country. With these illusions, it conquered the nation, starting with the Reagan presidency, and permanently reshaped American political culture. The pundit class still quakes in fear of the legendary figures of the conservative crusade: the heartland voters, for whom every liberal policy might be an occasion to rise up in revolt again. Intellectuals like William F. Buckley Jr. also revised the movement’s history, reframing it as a respectable part of the American political tradition, not some conspiratorial fringe movement suffused with John Birch Society members and worse.

The reframing of the conservative past was, until Trump and to some extent to this day, largely accepted by liberals, whose own political mythos holds that there is nothing in America that can’t be tamed by the great spirit of toleration and comity, by the unconquerable force of “American ideals.” Liberals wanted to believe in the Good Conservative who is a noble adversary, fellow caretaker of the flame of liberty. They believed, with as much wisdom as folly, they could absorb the energy of the Right and disarm it.

To a certain extent, they succeeded; conservative elites appeared to cooperate in the pluralist give-and-take of American democracy for much of the twentieth century. But there was always a core constituency that truly believed liberals were an existential threat. And Trump gave them a voice.

Suddenly, the conservative elite who had been painting liberals as predators or parasites on “real America” were taken aback by the appearance of a man willing to deliver on that premise. Many, like the Never Trumpers, began to deceive themselves about their complicity in spinning the very story Trump would go on to use against liberals.

The Capitol riot provides perhaps the starkest revelation of the Republican politics of deception. There were the conservative efforts to simply minimize what occurred and the truly bizarre lies, peddled by Rudy ­Giuliani and others, that the mob was filled with agent provocateurs from antifa out to discredit the right. There were also the claims, from people like Representative Kevin Brady of Texas, that those seeking consequences for the riot “could well incite further violence.” House Minority Leader Kevin McCarthy has even gone so far as to say that “everybody across this country has some responsibility” for the attack.

These conservative attempts to blame Democrats for the riot, their transparent efforts to move on from this ugliness without having to admit guilt for causing it, will make it difficult for Joe Biden to work with Republicans. But by calling for national healing and gesturing toward bipartisan cooperation, he is perhaps not as naïve as detractors on his left say; he is creating his own political myth: that this is a nation of honorable citizens waiting to rediscover one another, who will soon cooperate for the common good, and move forward to better days.

These beliefs are the basis of the liberal creed. It is not the worst set of illusions to base the nation on, but we have to admit now they are nonetheless illusions. Trump faced us for a moment with the hard reality of what years of mendacity and self-deception will eventually do to a country, and as tempting as it is to move on, to forget, and to pretend, we might have to look the truth in the face a little longer to truly heal.

John Ganz is a writer living in New York.