The Progressive Party proposes "a single National health service" in their platform.

May 20, 1916 A Government Plea for Health Insurance

“Only a small portion of wage-workers are now insured, and there is no likelihood that the more poorly paid workmen who stand most in need of insurance will obtain it in time to prevent a deterioration that society cannot permit.”

State health insurance bills are struck down in California and New York.

President Roosevelt signs Social Security Act into law. The act does not include health insurance. 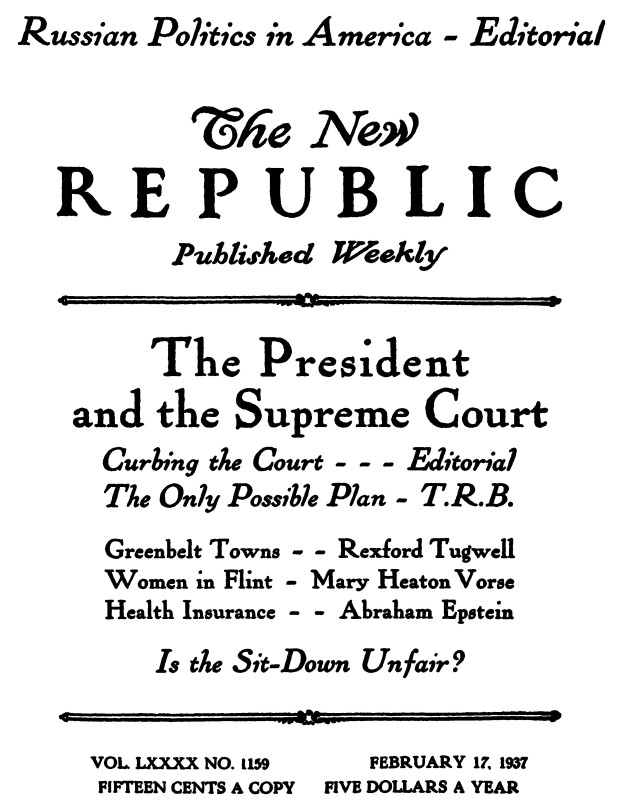 “With the highest proportion of doctors to population in the world, millions of Americans have to resort to public medical charity or go without care because they cannot meet the cost of illness.”

In Britain, the Beveridge Report advocates for a comprehensive social welfare system. As a result, the National Health Service is founded in 1948.

“Britain is seeking to justify her war sacrifices and to pay tribute to her dead by making a better world—the only tribute, incidentally, in any country at any time, that can be made with clean hands to youth fallen in battle.”

“As long as organized medicine in the United States continues to shirk its public duty while fighting a defensive battle against what it regards as lay encroachment upon its province, so long will both doctors and their potential patients suffer, and so long will the nation pay a gigantic bill for preventable illness.”

Senator Robert Wagner and James Murray and Representative John Dingell introduce a bill that would reform Social Security to include a compulsory national health-insurance program.

May 3, 1948 Playing Politics with the Health Issue 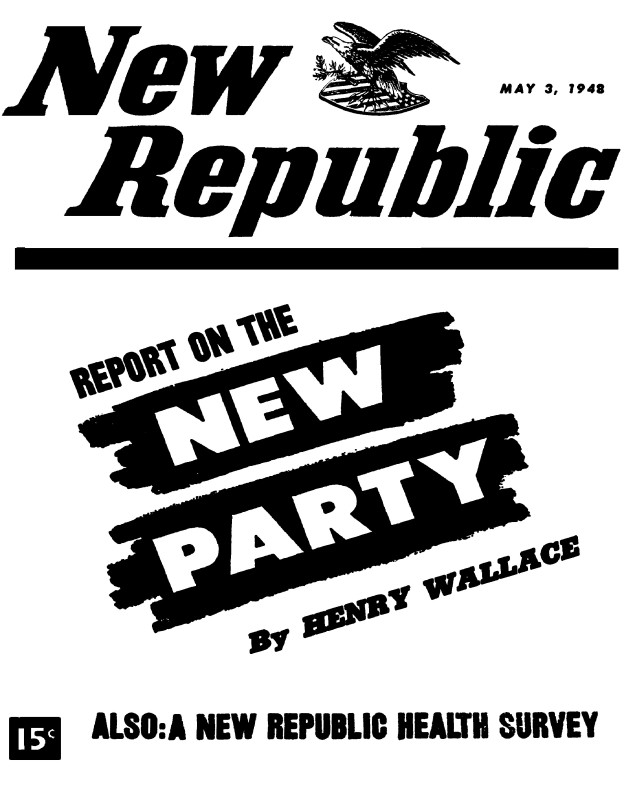 “On health, President Truman can match his record proudly with that of Roosevelt, at least as far as verbal expressions are concerned. He is the first President to address a special message to Congress on the subject, and to repeat his demand for an adequate medical-care program in budget and other messages to follow.”

“In its desperate attempt to kill public interest in any form of federal aid—to train doctors, build hospitals, encourage research or lower medical costs—the AMA has wandered from its original purpose... It has become a politically-minded, publicity-seeking organization.”

The Forand bill is introduced to Congress. It would provide health insurance to beneficiaries of social security. It is defeated in June that year.

“Hippocrates, not Eisenhower, socialized medicine when he swore his students to put the welfare of the patient ahead of their own profit. If the time ever comes when American medicine is not socialized, it will no longer be a profession, but merely a pill-peddlers’ syndicate, commanding no more public respect than the Pants Pressers’ Protective League.”

Senator Robert Kerr and Representative Wilbur Mills propose a bill that provides limited, means-tested health insurance to the elderly. It is signed into law in September, but adopted in only 28 states.

Representative King and Senator Anderson introduce a bill to pay for hospital care for over 65s through Social Security.

“That some assistance to those hardest hit by chronic illnesses, diminution of income and rising medical costs must be given is widely accepted. But there is wide divergence on how it should be done.” 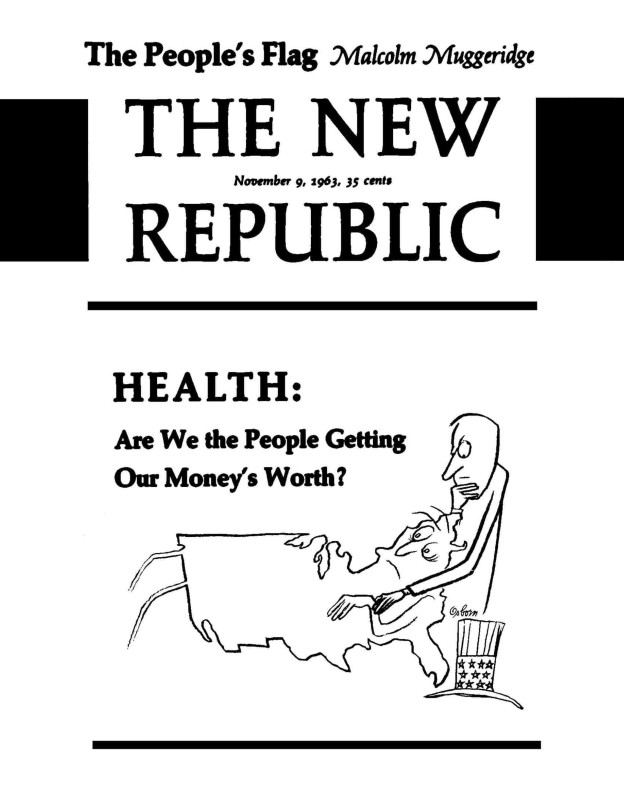 “We are not suggesting that the government come between the doctor and his patient. We are suggesting what every other major, developed, intelligent country did for its people a generation ago.”

The assassination of President Kennedy halts hearings on King-Anderson bill.

President Johnson proposes "Hospital Insurance for the Aged" in a special message to Congress.

“The pressure on the Senate group was severe. In the end, it was from the White House that the word came to hold firm. It was felt that cash benefits this year might rule out Medicare in the next Congress. The conference collapsed and a social security bill was dead for 1964.” 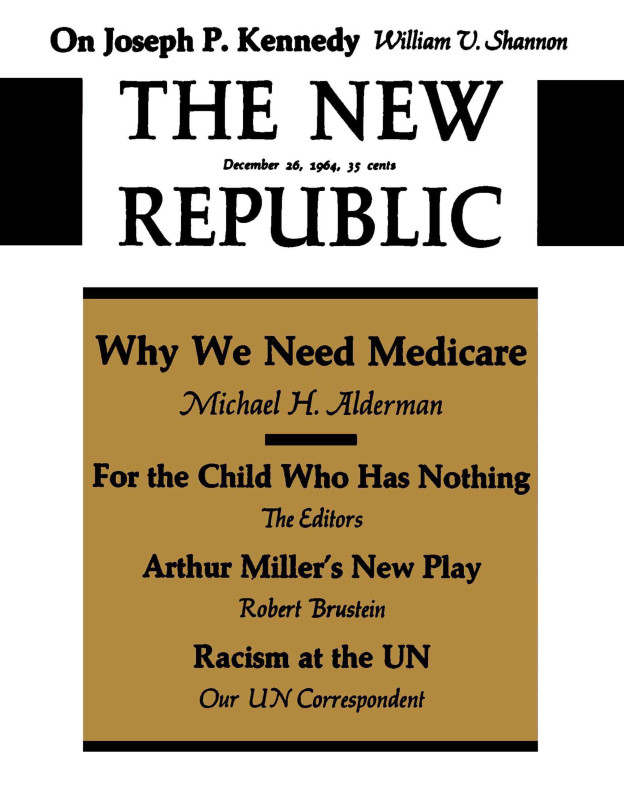 “In any year the typical elderly individual has a 13-percent chance of being hospitalized. The brutal economic meaning of those high costs is that advancing medical science has endowed many elderly couples with more life than they can afford.”

Mills, a fiscal conservative, objects to the King-Anderson bill as too expensive. He proposes an amended bill, which passes in the house the next month.

“You have to spend a lifetime in Washington to understand, almost believing that great social reforms can't come. Then they do come. Take medicare….The current bill covers those of 65 or over. It's been a long, slow way. But can anybody seriously believe that...progress will stop with the oldsters?”